Not only is Allie Davies from Liverpool studying for her post graduate degree whilst working part time, but she’s also a freelance illustrator and successful blogger who is considering adding freelance social media work to her growing repertoire. 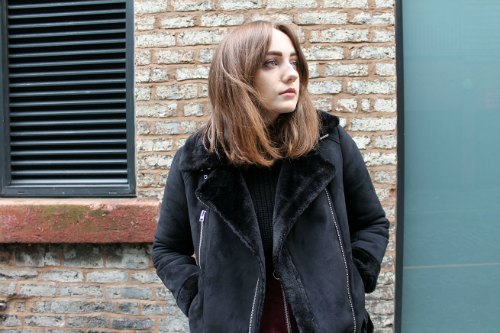 We were lucky to be able to take a little bit of Allie’s time to ask her some questions about how she has found her freelance career so far, what her future aspirations are and also how her university has discussed graduate career options with her.

Did you always want to freelance?

To be honest I hadn't given it that much thought. I'd always dreamed of working for a big fashion brand, and would definitely still like to do that, but freelancing became a viable option whilst I was still studying alongside my part time work. Since starting I'm more interested in one day working for myself - having the freedom to do so would be great.

So far, what has been your freelancing highlight?
My freelancing highlight is definitely my first illustration commission. I was approached by the Metro online who asked if I would produce some illustrations for a piece they were publishing, after the pictures editor saw one of my university assignments on Bechance. Next thing I know my work is all over the Metro's website, which was pretty cool.

What are your aspirations for the future?
I'm still hoping to work for a big fashion brand, not necessarily freelance, maybe in Berlin as I've fallen in love with the city. But after that, who knows. Something in digital and something creative; as long as it involves those two things and is enough to pay the bills, I'll be happy. Maybe I'll go back to freelance after that.

Have you faced any adversity as a consequence of freelancing? Or, are there any concerns that you had before beginning as a freelancer?
Luckily I have a part time job and student loan alongside my freelance work, so I can afford to make ends meet, but getting paid on time is a serious struggle, as I'm sure every other freelancer agrees! 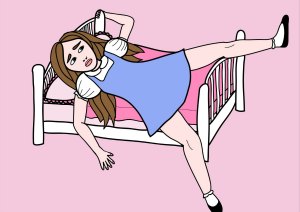 You’re studying for a postgraduate degree in digital marketing at a different university to the one where you studied for your undergraduate. Has the way the universities discussed working for yourself after graduating changed?
My undergraduate degree was very open minded and up to date with the way the world is now, so freelancing and self-employment was discussed frequently and often encouraged, especially in the creative fields. However on my postgraduate it hasn't been mentioned once, which seems a little strange, especially in such a modern field such as digital marketing. Thankfully my undergraduate degree has already given me some knowledge so I know my options.

Would you encourage others to start their own business?
Definitely - whilst it's risky and very difficult, the results can be worthwhile. Two years ago I helped my mum set up her own business, The Hippy Rose, at the age of 60. It's something she'd dreamed of doing for decades but never got round to doing. Now, slowly but surely, she's doing something she loves. It may not pay the bills but it makes her happy, and I think the more people that are doing what they love, the better they work, which is a good thing for everyone.

Go back to the ClearSky Graduate Hub

The Graduate's Guide to Running a Limited Company

Discover all there is to know about contracting as a graduate with our graduates guide to running a limited company.
July 6th, 2017

Being able to mix your passion with your work is one of the things that drives people into working for…
January 25th, 2017

Our guide, aimed at graduate contractors, gives a snapshot of each of the business structures available so you can make the right decision for you.
January 19th, 2017

Start Up Help from UK Universities