Corporation Tax: what’s it all about?

If you’ve seen the news today, you’ve probably heard that Facebook has come under fire yet again for the amount of Corporation Tax it paid in the UK.

The social media giant paid just £4,327 last year, despite shelling out £35.4 million in bonuses to staff. This equates to £96,000 on average per UK employee, meaning that the company’s Corporation Tax was less than the amount of tax the average worker paid on their salary.

While Facebook isn’t doing anything wrong, lobby group the Taxpayers’ Alliance said the real problem was with the UK’s complex tax system. It urged the government to get rid of possible loopholes and help increase our competitiveness.

But what is Corporation Tax anyway? 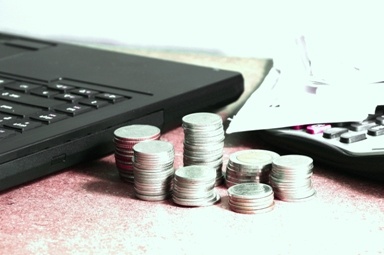 Put simply, Corporation Tax is a charge on whatever money a business has left over once its expenses (including salary) has been deducted from its turnover – known as profit. Therefore, if a company had a turnover of £1 million and had expenses totalling £300,000, it would have to pay tax on the remaining £700,000.

Corporation Tax is charged at a rate of 20%, though there are plans to reduce this over the coming years.

What else is there to know?

If you own a business, you should also be aware of when you have to make Corporation Tax payments to HMRC.

Any payments due need to be made within nine months and one day of your company’s year end. This means that if your accounting period ends on 30th September, your Corporation Tax will be due on 1st July the following year.

In addition, you’ll have to file a CT600 tax return every year. This is due 12 months after your company’s accounting period ends.

Remember that HMRC is strict on timekeeping, so you could end up receiving a fine or a tax hike if you don’t fulfil your obligations on time. You should also keep detailed financial records, as the Revenue can launch an inquiry that goes back as much as six years.

In a word, yes! Our dedicated team of accountants are on hand to remind you of important deadlines, and help you get your head around the various pieces of legislation you’ll have to deal with as a company director.

As we enter a New Year, many of us will be setting out our resolutions for the next 12 months.…
January 8th, 2016

Read our tips on submitting your Self-Assessment Tax Return, be quick as the deadline's coming up!
January 17th, 2019

Do you know exactly how being a company director helps your bottom line? Here are 5 ways running a limited company benefits you.
July 8th, 2016

When to go limited, and why